The oldest amusement park in the world

Dyrehavsbakken, also known as “Bakken,” is the oldest amusement park in the world. The park is located in klampenborg, Ghent, Denmark, about 6.2 miles north of Copenhagen. Opened in 1583 (436 years ago), the park is the second most popular in Denmark, with an annual number of tourists ranging from 25000 to 2.7 million. Unlike other parks, although the scenic spots in the park need money, admission to the park is free. The park covers an area of about 75000 meters and has 33 scenic spots. From the end of August to the end, Bakken is open every day.

The history of Bakken amusement park began when a man named Kirsten pill found a natural spring not far from Copenhagen today. Compared with other places at that time, the feeling of spring attracted people because the water quality there was excellent. Most people believe water is refreshing, which is why the pill’s discovery is so popular. Many people eventually attracted vendors and artists, which laid the foundation for today’s Park. Over the years, entertainment choices have been steadily increasing and getting better. For example, in 1866, when automatic rides and other things appeared in the 20th century, cabaret joined in.

Bakken amusement park is open from mid-March to the end of August every year. In particular, the annual opening and closing ceremony will hold a Harley car conference, and Harley cars from all over Denmark will come here – – you can see all kinds of Harley costumes and stunts on that day. The scene is so crazy and grand that you can’t imagine it!

The park facilities and forest landscape are integrated into one, and the design is friendly and natural, full of ingenuity! It’s not like query, where tourists only need to pay for the amusement facilities they want to play, so many Danes still like to run here.

Do you want to try the exciting amusement facilities? But in this summer, many people retreated because of the hot weather. It doesn’t matter. Rokr realizes it for you. Rokr combines creativity with classics to create a dazzling Carnival series with great retro beauty. Based on the transmission model and referring to the classic playing methods in the amusement park, it moves the space shuttle, rotating flying chairs and other buildings to the desktop. In the streamer horse racing lamp, with the accompaniment of sweet notes, each model can automatically run and enjoy the fun of carnival. 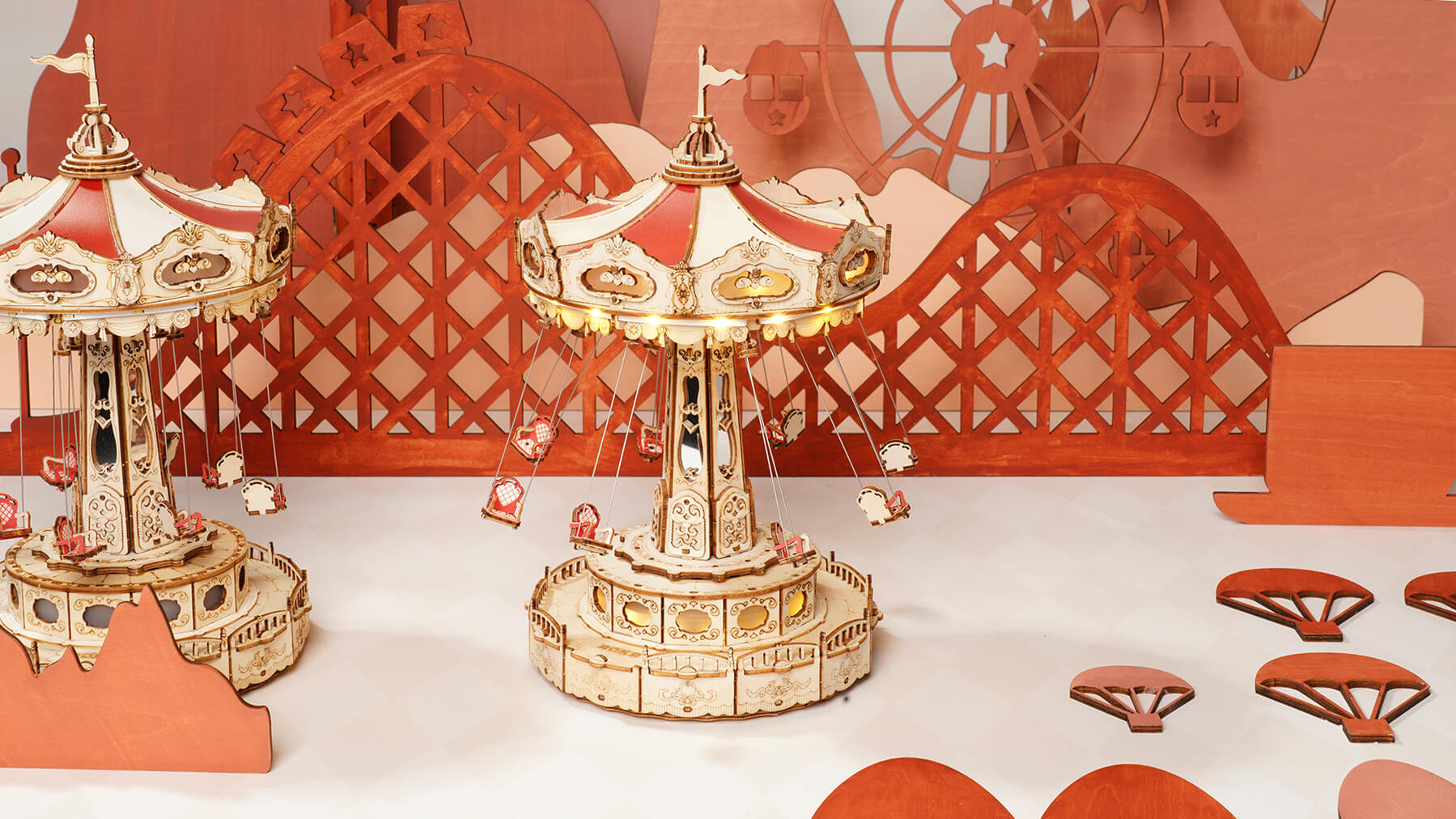