150m REAL SIGHT DISTANCE – It is not only an assembled model but also a telescope that can be used in practice. It can enlarge the sight distance by three times to reach a visual distance of 150m. The telescope is equipped with a 20mm eyepiece and 30mm objective lens.

SEPARATE DESIGNThe unique separated structure makes it a retro decoration and an assembled model that can be carried out with you! With the exquisite Jolly Roger cover, it seems to return to the sea and gallop worldwide!

In 1608, Dutch optician liposi folded two lenses together to look into the distance, and the telescope was born. After that, astronomy, maritime affairs, war, and exploration rapidly developed. All fields are inseparable from this small tool. The era led by telescope has officially come. More than 400 years later, based on the classical telescope, rokr combined with the retro telescopic support to create the Monocular Telescope with both classical and exquisite appearance and practicality, which ignited the light of rationality in the Enlightenment era.
ST004 Monocular Telescope is the latest heaven and earth instrument and image series product. This series is a wooden assembly toy based on various instruments that affect the development of human civilization. The designer injects humanistic charm into it, giving birth to a transmission model with assembly playability, practical application value, and beauty. In appearance, the single barrel telescope restores the classic three-stage adjusting barrel and is equipped with retractable support so that it can not only be used as a desktop decoration but also be carried with you when going out for an outing to enjoy the distant scenery. 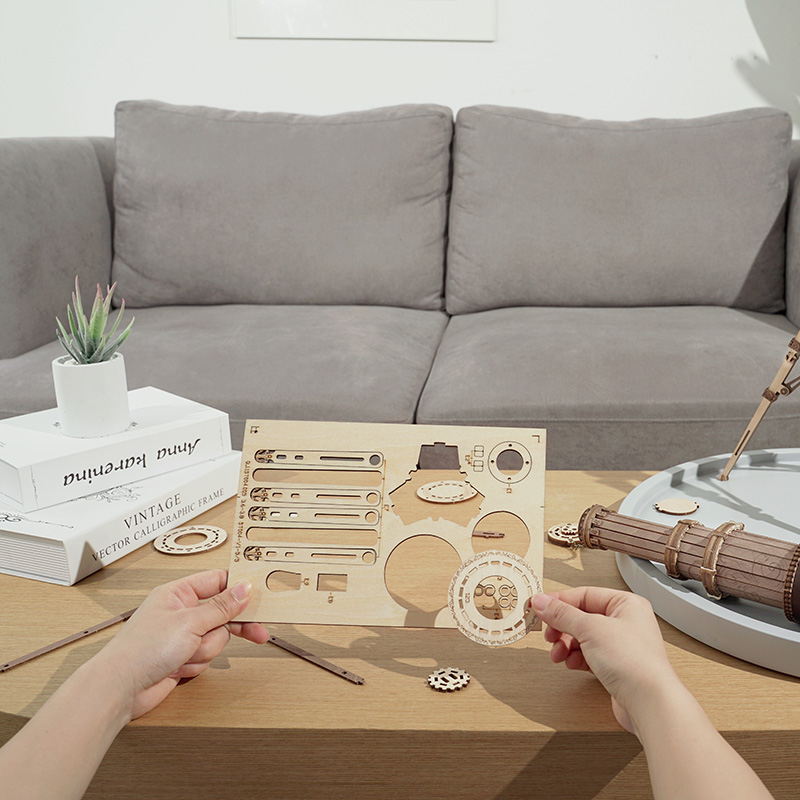 It uses orange grain leather to make it more comfortable to hold. 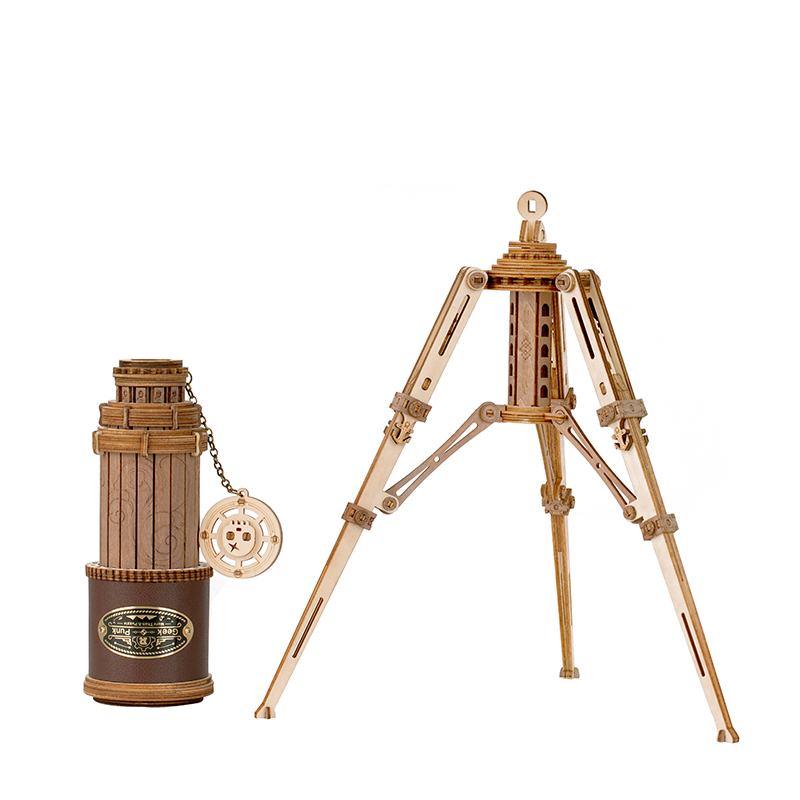 The telescope barrel and the bracket can be separated, so that it can not only be used as a desktop ornament, but also be carried out.

The complete assembly of it takes only three hours, which is very suitable for novice players interested in assembly toys.

Esay to Build Up

ST004 is the first three-star assembled toy in the Curious Discovery series. It has low assembly difficulty and is very suitable for novice players of transmission models to assemble when they get started;
At the same time, the design of the Monocular Telescope is very exquisite. Based on ensuring the bite between structures, the whole piece does not need to use glue. Still, it only depends on the tenon and mortise structure to connect, giving players a comfortable assembly experience.
It is full of details and uses orange grain leather to make it more comfortable to hold. And it has a Roman hot stamping texture to add a retro atmosphere, with an exquisite pirate flag mirror cover, as if it had returned to the sea and galloped across the world! 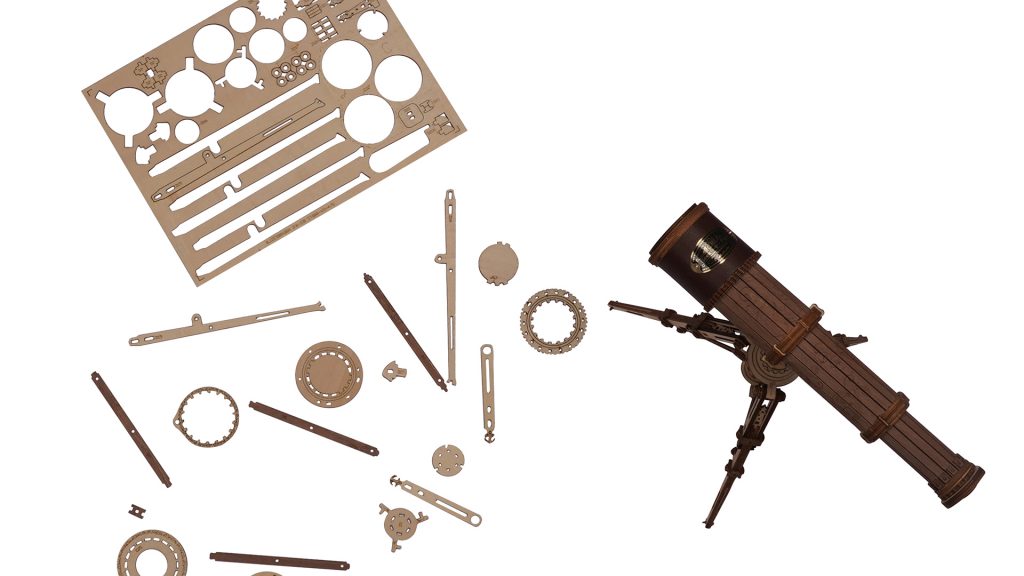 When assembling, you will find that one tenon and one mortise are designed perfectly, and each small wooden part has its function and mission.
With it, we have the opportunity to understand the beauty of Chinese mortise and tenon with our own hands. Take it to the park at the weekend. You can see the many windows on the tower opposite the lake. The busy streets and the slowly falling dusk in summer bring many beautiful sceneries directly into the eyes.