SIMULATION MODEL – It is not only an assembled model but also an M60 which can be shot with rubber bands. Pull the trigger, fire!

SAFE BULLETS – For your safety, bullets are substituted with rubber bands. Also, wooden targets are included in the package. After assembly, play it with your kids. It will be great fun. 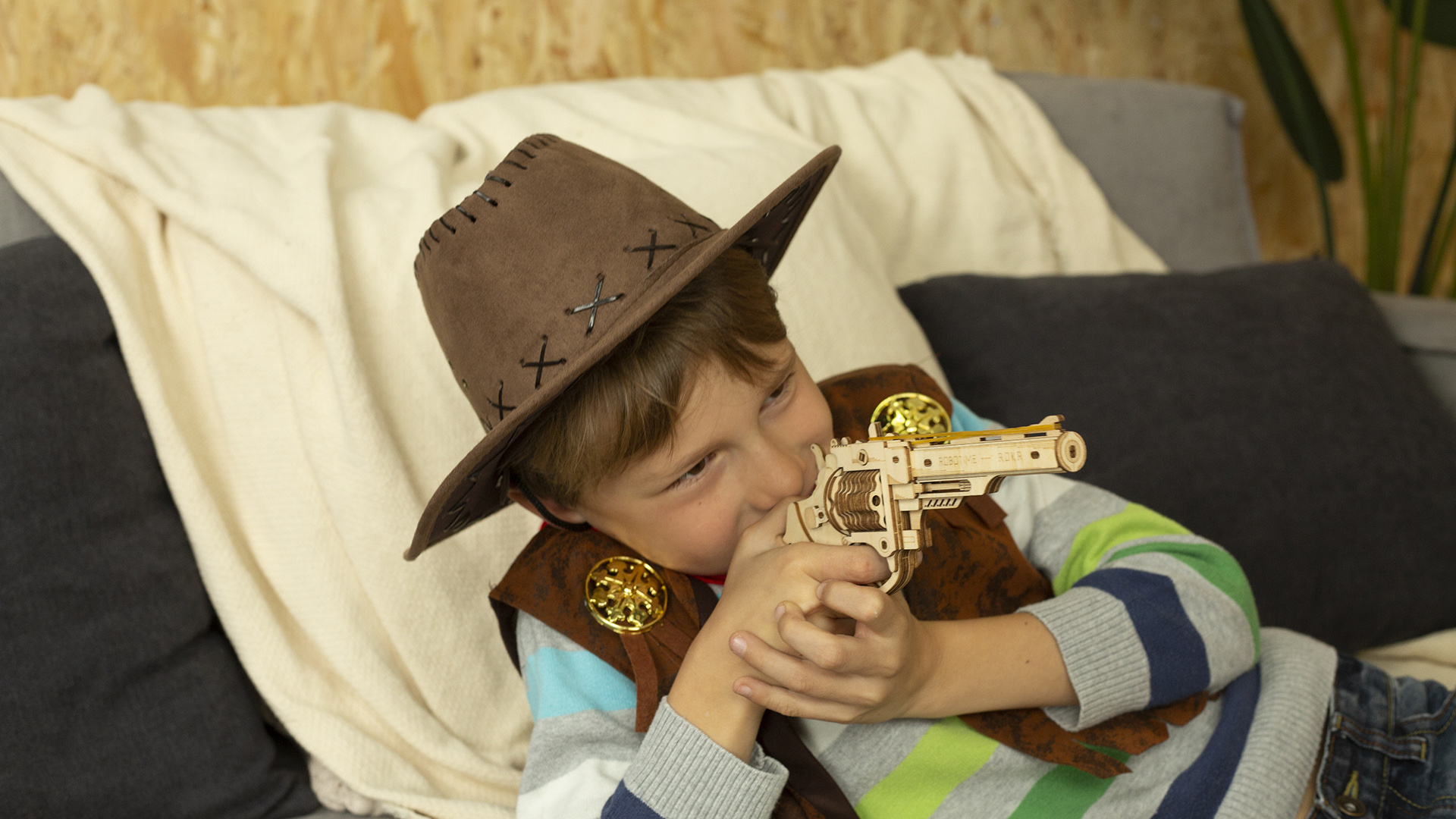 In 1965, the first stainless steel special VIP revolver of Smith Wesson company was born, named “M60”. It is designed based on the popular m.36 official special firearms. It has anti-corrosion characteristics, which can avoid the corrosion of the baked blue carbon steel when the weapon is carried close to the body. In today’s view, stainless steel is a widespread material, but in that year, its emergence was refreshing. The surface of the first batch of M60 was so bright and dazzling that the law enforcement authorities at that time always resisted its use. The following year, people produced M60 with matte surface treatment. Until now, M60 is still a very excellent revolver. During the Vietnam War, American soldiers in the war significantly cherished the M60 because it had excellent corrosion resistance. M60 is also widely recognized by the police. 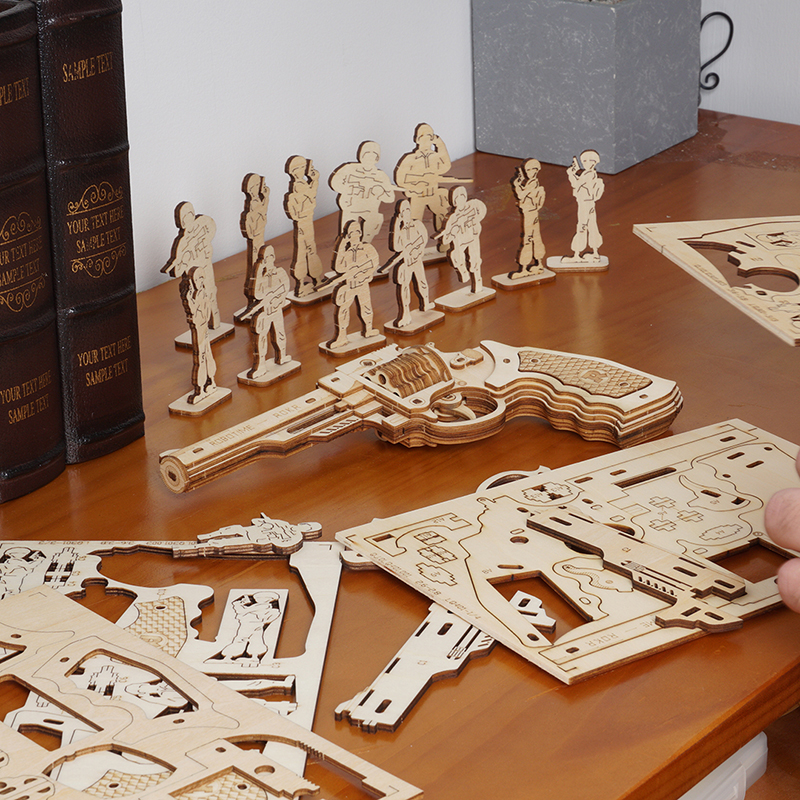 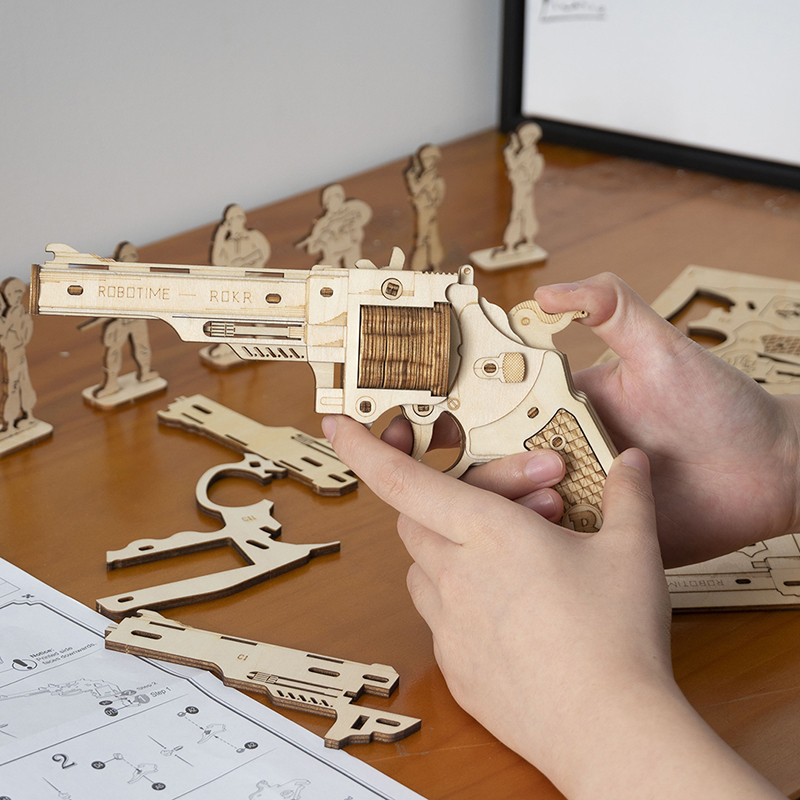 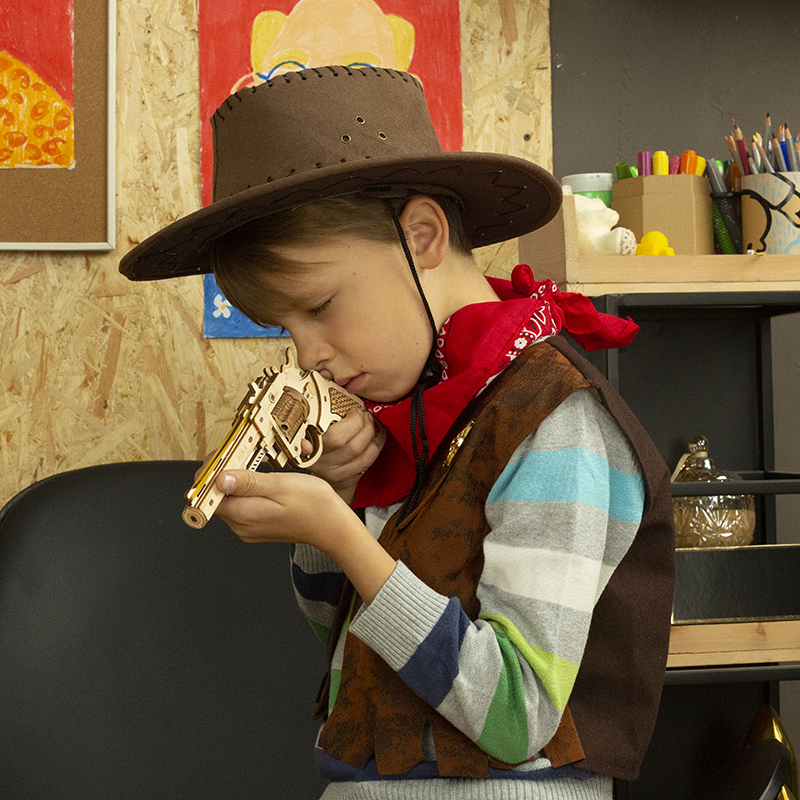 There are clear and understandable pictures and texts in the manual. Take out the corresponding numbered wooden pieces and assemble them as pictures.In addition, we also have a detailed assembly video, which is posted on the official YouTube account.

A Great Gift and Worthy of Display

A best gift to someone special  gift or home decor for anyone.It will make a memorable gift that will be cherished forever.No one will refuse such a fairy house gift! Hands-on way to exercise logic thinking and fine mental skills. In this process,kids would be more patient and prudent!

It brings tremendous sense of accomplishment and can show it off to friends and family.

The delicate model needs your patience and concentration. But the grand result will be rewarding.